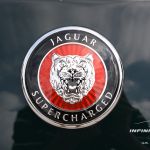 
In the 11 years I've owned the car, this is what I've had to do as far as repairs and maintenance:

- Annual service at $1100-$1200 each (I have missed a year here and there)
- Belt services at $4500-$5000 each (Ferrari says every three years)
- Painted front bumper at $1700 (road rash). I've since put a clear bra on the bumper.
- Sticky switchgear cleaned up at $900 (regret not doing that myself)
- Convertible top repair at $4500 (one hydraulic ram had to be replaced, which required removal of the roof, which required a special lift the dealer said he had to bring in (like I said, mixed feelings))
- Replacement of the top dash pad at $4500 (Florida sun). I've since learned that dealers tend to subcontract jobs to local upholsterers to recover the original dash for about half that. I've also since installed a nearly clear ceramic film on all the glass, and I put the top up if I plan to leave the car in the sun for an hour or more.
- Upgrade to CS transmission ECU at $1500
- Turn signal relay replaced at $400
- Tires at $1800
- I have also repaired several smaller problems myself (battery replacement, alarm siren, etc.), often by reference to this forum.

I have yet to pay for a new clutch, although I was told that I'm getting close. Ditto for the brakes. Also, my air conditioning compressor has a small leak. I haven't replaced it yet, but I was quoted $1500 plus labor.