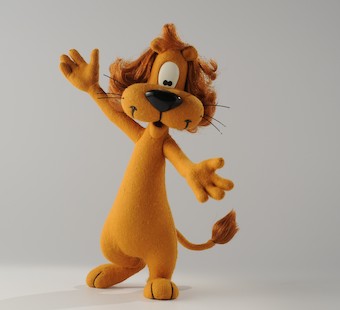 New York
They’re called the Good Club - and they want to save the world
Paul Harris in New York reports on the small, elite group of billionaire philanthropists who met recently to discuss solving the planet's problems
Paul Harris in New York
@paulxharris
Sun 31 May 2009 00.01 BST
Share on FacebookShare on TwitterShare via Email
11 years old
It is the most elite club in the world. Ordinary people need not apply. Indeed there is no way to ask to join. You simply have to be very, very rich and very, very generous. On a global scale.

This is the Good Club, the name given to the tiny global elite of billionaire philanthropists who recently held their first and highly secretive meeting in the heart of New York City.

The names of some of the members are familiar figures: Bill Gates, George Soros, Warren Buffett, Oprah Winfrey, David Rockefeller and Ted Turner. But there are others, too, like business giants Eli and Edythe Broad, who are equally wealthy but less well known. All told, its members are worth $125bn.

The meeting - called by Gates, Buffett and Rockefeller - was held in response to the global economic downturn and the numerous health and environmental crises that are plaguing the globe. It was, in some ways, a summit to save the world.

No wonder that when news of the secret meeting leaked, via the seemingly unusual source of an Irish-American website, it sent shock waves through the worlds of philanthropy, development aid and even diplomacy. "It is really unprecedented. It is the first time a group of donors of this level of wealth has met like that behind closed doors in what is in essence a billionaires' club," said Ian Wilhelm, senior writer at the Chronicle of Philanthropy magazine.

The existence of the Good Club has struck many as a two-edged sword. On one hand, they represent a new golden age of philanthropy, harking back to the early 20th century when the likes of Rockefeller, Vanderbilt and Carnegie became famous for their good works. Yet the reach and power of the Good Club are truly new. Its members control vast wealth - and with that wealth comes huge power that could reshape nations according to their will. Few doubt the good intentions of Gates and Winfrey and their kind. They have already improved the lives of millions of poor people across the developing world. But can the richest people on earth actually save the planet?

The President's House of Rockefeller University is on the Upper East Side of Manhattan. The university's private campus, full of lush green trees, lies behind guarded entrances and a metal fence. It overlooks the East River, only a few blocks away from the United Nations.

It was here, at 3pm on 5 May, that the Good Club gathered. The university's chancellor, Sir Paul Nurse, was out of town but, at the request of David Rockefeller, had allowed the club to meet at his plush official residence. The president's house is frequently used for university events, but rarely can it have played host to such a powerful conclave. "The fact that they pulled this off, meeting in the middle of New York City, is just absolutely amazing," said Niall O'Dowd, an Irish journalist who broke the story on the website irishcentral.com.

For six hours, the assembled billionaires discussed the crises facing the world. Each was allowed to speak for 15 minutes. The topics focused on education, emergency relief, government reform, the expected depth of the economic crisis and global health issues such as overpopulation and disease. One of the themes was new ways to get ordinary people to donate small amounts to global issues. Sources say Gates was the most impressive speaker, while Turner was the most outspoken. "He tried to dominate, which I think annoyed some of the others," said one source. Winfrey, meanwhile, was said to have been in a contemplative, listening mood.

That the group should have met at all is indicative of the radical ways in which philanthropy has changed over the past two decades. The main force behind that change is Gates and his decision to donate almost all his fortune to bettering the world. Unlike the great philanthropists of former ages, Gates is young enough and active enough to take a full hands-on role in his philanthropy and craft it after his own ideas. That example has been followed by others, most notably Soros, Turner and Buffett. Indeed, this new form of philanthropy, where retired elite businessmen try to change the world, has even been dubbed "Billanthropy" after Gates. Another description is "philanthro-capitalism".

Yet the implications of the development of philanthro-capitalism are profound. It was fitting that the Good Club was meeting near the UN. The club members' extreme wealth makes it as powerful as some of the nations with seats inside that august chamber.

Proponents of philanthro-capitalism would argue that they are also more effective in doing good for ordinary people. Indeed the club's members have given away about $70bn in the past 12 years. That is far beyond what many individual countries can afford to do with their own social policies and aid budgets.

"They have assets that rival the social spending budgets of many countries," said Professor Paul Schervish, director of Boston College's Centre on Wealth and Philanthropy.

There is little doubt that members of the Good Club have done amazing work. The Bill and Melinda Gates Foundation, with a current endowment of more than $30bn, is the biggest philanthropic organisation ever. Just one of its projects, the Global Alliance for Vaccines and Immunisation, is estimated by the WHO to have prevented 3.4 million deaths in just eight years.

The Soros Foundation has done valuable work setting up democratic institutions and independent media across the former Soviet bloc. These titans of philanthropy have also started a trend among the slightly less wealthy. While Gates's and Soros's efforts bestride the world, major philanthropists have emerged in specific regions like India or Latin America funding their own pet ideas and projects. Gayle Peterson, co-founder of Headwaters Group Philanthropic Services, recently gave advice to a businessman who wanted to set up a foundation to give away $280m annually in south-east Asia. "He told us: I want to be just like Bill Gates," she said.

But there is a potential downside to the growth of these "über donors", especially if the whims of individuals start to take precedence over the expertise of professionals.

The strange truth is that giving away billions of dollars is difficult and fraught with risk. There can be waste, mismanagement and poor investment. At the same time it can actually do harm. "If you are putting enormous amounts of money into a community that can't cope with it, then you can implode that community," Peterson said.

Others are even more outspoken at the growing dominance of a tiny handful of billionaires in the development sector. "The problem with any Good Club is that all the people might not be 'good'. Or at least not 'good' in universal definitions," said Louise Uwacu, the Rwandan-born founder of the Canadian education charity Positivision.

There is also the issue of accountability. Even the most repressive of national governments is on some level beholden to its own people, or has the capacity to change and reform under popular pressure. But who votes for the Good Club?

Such sceptical sentiments might spring from the Good Club's decision to meet in such secrecy in New York. In many ways that was understandable. All its members are sensitive about privacy because of their unique mixes of fame and wealth. The covert nature of the discussion also allowed them to speak freely about sensitive issues. "I think they just wanted to be able to be candid. The secrecy allowed that," said Wilhelm.

But some people are crying conspiracy. The cloak-and-dagger aspect of the meeting has prompted some to accuse the Good Club of being a sort of Bilderberg Group for philanthropy, with an equally nefarious agenda of global power politics. That idea has particular power on the Christian right of America, which has reacted angrily to the idea that the club discussed birth control and overpopulation. Experts in the philanthropy field think that this negative image can be countered by more openness for future Good Club meetings.

"If they do hold more meetings, and every indication is that they will, I think people would want them to be more public. After all, they can make decisions that affect millions of peoples' lives," said Wilhelm.

That is true. If the members of the Good Club wish to wield their undoubted power, they may have to get used to the idea of doing it more openly.

The American tradition of great donors
Bill Gates
The co-founder of Microsoft is the biggest philanthropist the world has ever seen. Through the Bill and Melinda Gates Foundation,he controls more than $30bn in assets - not bad for a computer geek from Seattle. Often ranked as the world's richest man, he has donated virtually his entire fortune to philanthropy, focusing on combating diseases in the developing world.

Henry Ford
As well as being the father of the US car industry and the inventor of the modern production line, Ford has been a major force in philanthropy. He made a vast fortune and left virtually all of it to the Ford Foundation, which by 2007 had more than $13bn in assets.

George Soros
Hungarian-born Soros is a hugely successful US currency speculator and financier. But he is also well known for his philanthropic works. Focusing on political democratisation and creating an independent media, he has funded projects mainly in the former Soviet republics. A political liberal, he is also a funder of the Centre for American Progress.

Andrew Carnegie
This Scottish-born American industrialist made a huge fortune in steel and industry at the end of the 19th century. He devoted the rest of his life to philanthropy, especially education, founding libraries, museums and universities in Britain and America. He wrote of the responsibilities of the wealthy in two books, Triumphant Democracy and the Gospel of Wealth.

John D Rockefeller
The man whose name became a byword for unimaginable wealth made his
fortune in oil. Often regarded as the richest person in history, Rockefeller spent the last 40 years of his life in effective retirement, setting up various foundations and funding philanthropic causes. His special interests were in the fields of science and medicine.

… we have a small favour to ask. Millions turn to the Guardian every day for vital, independent, quality journalism. Readers in 180 countries around the world now support us financially.

Now is the time to support a free press and truth-seeking journalism. With no shareholders or billionaire owner, we are free from political or commercial influence. We can investigate, challenge and expose those in power, and report without fear or favour.

And because we believe everyone deserves access to trustworthy, fact-led news and analysis, we keep Guardian reporting open for all readers, regardless of where they live or what they can afford to pay.

We rely on readers’ generosity to power our work and protect our independence. Every contribution, however big or small, makes a difference for our future.Support the Guardian from as little as €1 – and it only takes a minute. Thank you.
Support the Guardian
Remind me in May
Accepted payment methods: Visa, Mastercard, American Express and PayPal
Topics
New YorkThe Observer
Bill GatesWarren BuffettEnvironmental activismCharitable givingPhilanthro
Omhoog