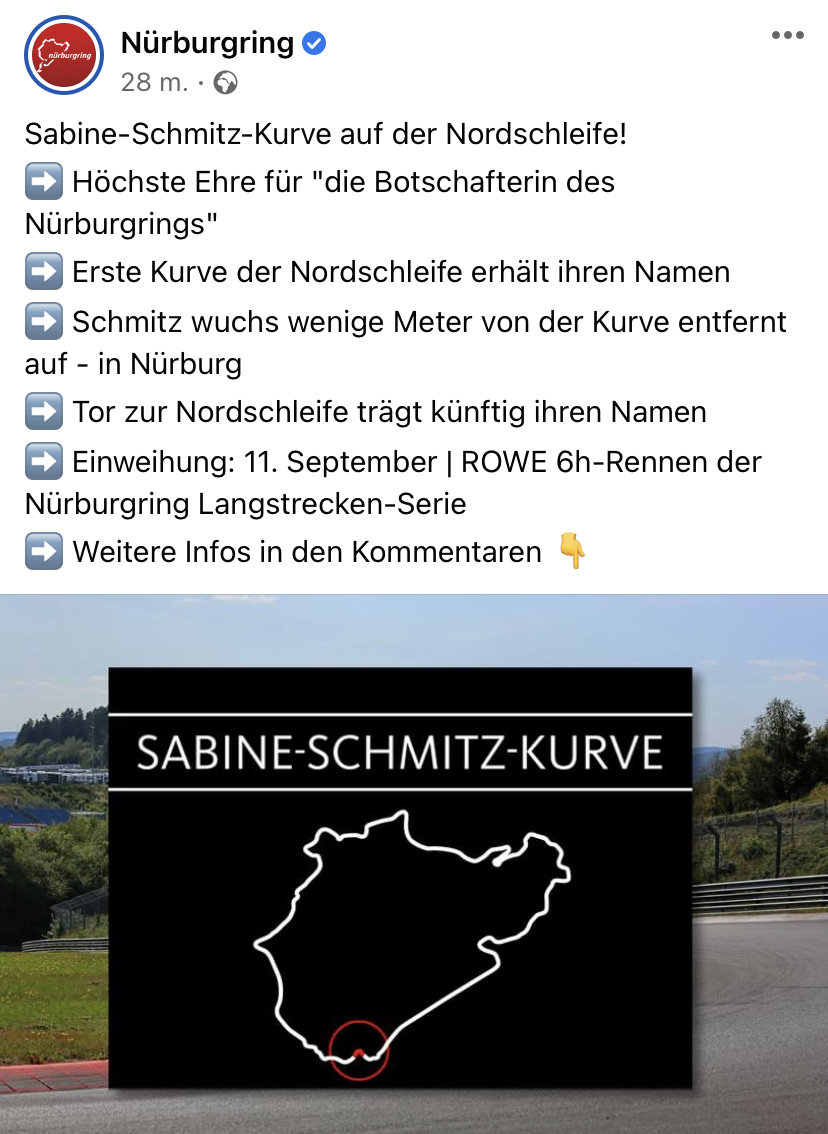 I’m getting pinged from a lot of people asking about the Nürburgring opening for TF this weekend.

I think we’re in a very tricky situation where the Ring is a large center of economics for the immediate region. We would like to think that opening the track for tourist drives immediately  could help bring finances to an area that desperately needs it after Covid closures for 1.5 years.

On the other hand we need to keep in mind that just 15 minutes from the gate where you would drive on as a tourist, rescuers are actively searching for and pulling bodies out of houses from a recent natural disaster.

We have roads that are closed and completely washed out, these roads normally would’ve served as the main Routes to get many of the tourists in the region   . Rerouting traffic while so many emergency crews are still in place could ultimately hinder The ability for volunteers, emergency services and our beloved political figures;) to arrive in these areas where they are needed efficiently.

Furthermore you can just about guarantee that there will be a good bit of tourist activity from the ring who wants to go down some of these heavily affected roads like the 257 and simply look at the damage that these massive rushing rivers created.

We have a group of about 150 people who are assisting in clean up and salvage operations in many of the towns around   and I can tell you that we are having a very difficult time parking and getting equipment into towns. I cannot imagine how much more difficult that would be if we had tourist drives going on with the typical July August Rush.  

You may have seen on the Apex pages that we made the decision to keep Apex closed until the end of the month so that we can focus on the immediate needs of the local area.

Based on how  the two factors above balance out, I would think that you will see the Nürburgring make a similar decision.

They have been heavily hit by the entire Covid economy just as many other companies. However , at the same time they have been working very closely with the local governments and especially so through Covid times. Being the center hub for so many emergency crews as well as donations, I think it would be too early logistically and morally for them to open and I’m certain that even outside of financial impacts, they  feel the same way 

I feel now that a couple more weeks for my companies is actually quite OK. We have been shut down in one way of another and strung along again and again for nearly 2 years with what we felt like a little benefit to us. Now we can stick it out for a couple more weeks and actually do some good for others. We can see the joy in some people, the relief in others  and ultimately a fulfillment for us comes from those reactions.  

I’ve seen statements like “the show must go on“ “I come to the ring every year and that’s not gonna change now“. I suspect that some people have not seen the destruction that has actually occurred here.

If you have seen the real destruction and still said the above, don’t worry….No matter what the Nürburgring does this week, you will be able to get here and drive in your all important circles  very soon

If you’re wondering why things like industry pool might be able to operate today, I would have to jump out and guess they are basing it on a business to business relationship where limited staffing is needed and little stress on local infrastructure is placed. Many car manufacturers have deadlines for testing before production and the Nuerburgring only offers so much industry pool per year.  

Business operations and tourist operations are two completely different things in my opinion.   
   
There’s your free two cents for today

hope you all are doing well!!!