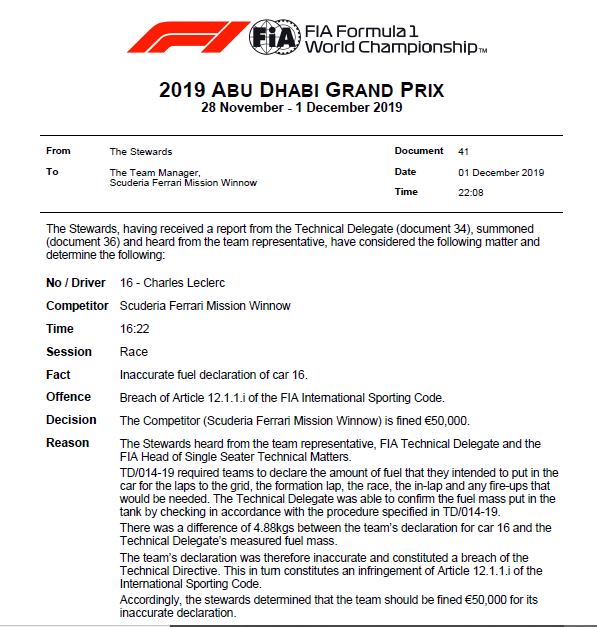 The controversy over the declaration discrepancy came ahead of a race where both Leclerc and Sebastian Vettel were told to use fuel saving engine modes.

But rather than this being linked to the FIA matter, Binotto claimed that the decision to not push the engine hard was made because of reliability concerns.

Asked by Motorsport.com why the team had spent much of the race in engine mode 4, Binotto said: “We had an engine failure in Austin with Charles, and we know that in terms of mileage we could have been at risk.