However, following a review of the car following the race by the technical delegates, it was deemed that the team had breached the technical regulations as "an additional machined part not featuring in the drawing is inserted into the flow restrictor, changing the wetter restrictor surface described by the regulatory drawing." 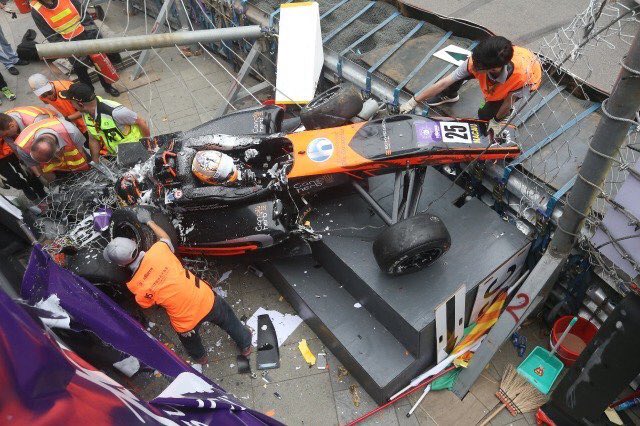 Floersch hit the back of 15th-placed Jehan Daruvala on the flat-out run to Lisboa, and sustained damage to her Van Amersfoort Racing Dallara-Mercedes in the impact.

She hurtled out of control, and got launched over the inside kerb at Lisboa into the TOM’S Dallara-Toyota of Sho Tsuboi.


The impact launched her over the barrier and through the catch fencing into an area occupied by marshals and photographers, striking a bunker construction.

The speed-trap figure before the Lisboa braking area shows that she was at 276.2km/h.
Omhoog